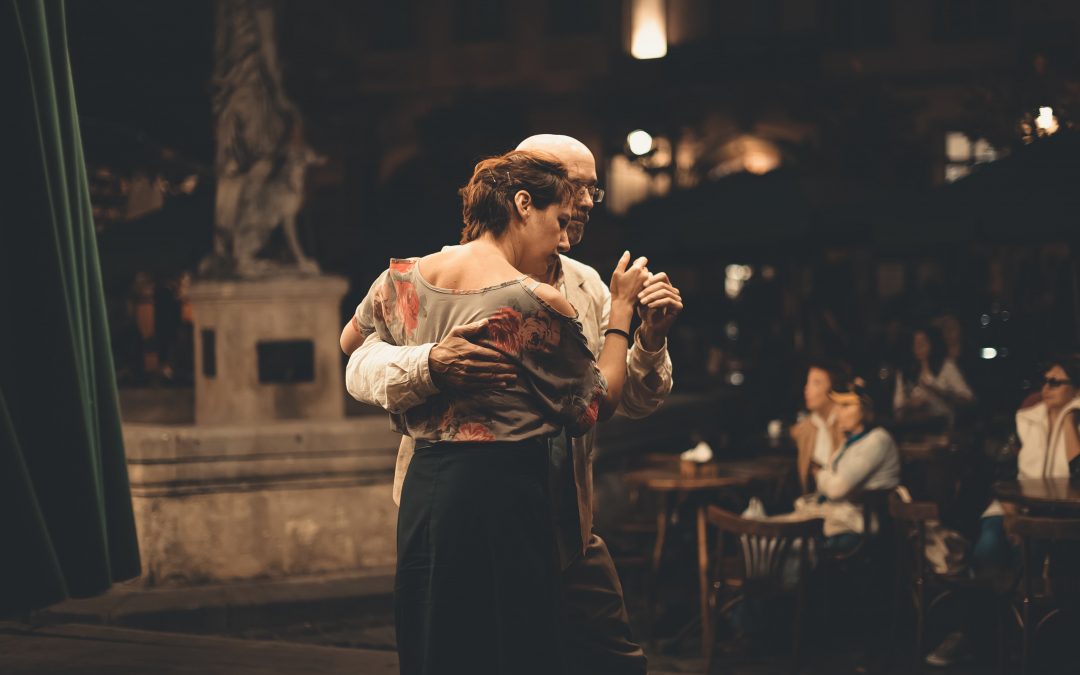 Like the Rhumba, the Cha-Cha originates from Cuba and the pre-revolution Havana nightlife.

It is said that the name was given to the dance by a Cuban music composer, Enrique Jorrin.

In this dance, there is a triple side step of “step, together, step”. This step is also known as a chassé – a French word meaning “to chase”, perhaps because one foot appears to be chasing the other.

When doing this movement the sideways shuffle of the dancer’s shoes sounded like cha, cha, cha to Enrique Jorrin so that’s what he called the dance and the music he composed for it.

Eventually, with use, the third cha was dropped and it is now typically referred to as the Cha-Cha.

An English dance teacher, Pierre Lavelle, started teaching it as a new dance after visiting Cuba in the early ‘50s and the modern ballroom dance is based largely on his interpretation.

This lively, bubbly dance is sure to get your heart pumping and is a favourite of many; including our Dancemore dance instructors  Bruce Bowers and Heidi Reichel.

In our video below Candy and Ryan show us that with the culmination of years of practice and partnership the Cha-Cha can advance in to.

Make sure to check out the playlist that we have created for you to dance the Cha-Cha to at home. Follow our Apple Music and Spotify playlists so that you always have access to the latest and updated versions of our playlists.

The American tenor, Robert Breault, shared these wise words with us, “Optimist: Someone who figures that taking a step backward after taking a step forward is not a disaster, it’s a cha-cha.”

So be optimistic and cha, cha, cha!