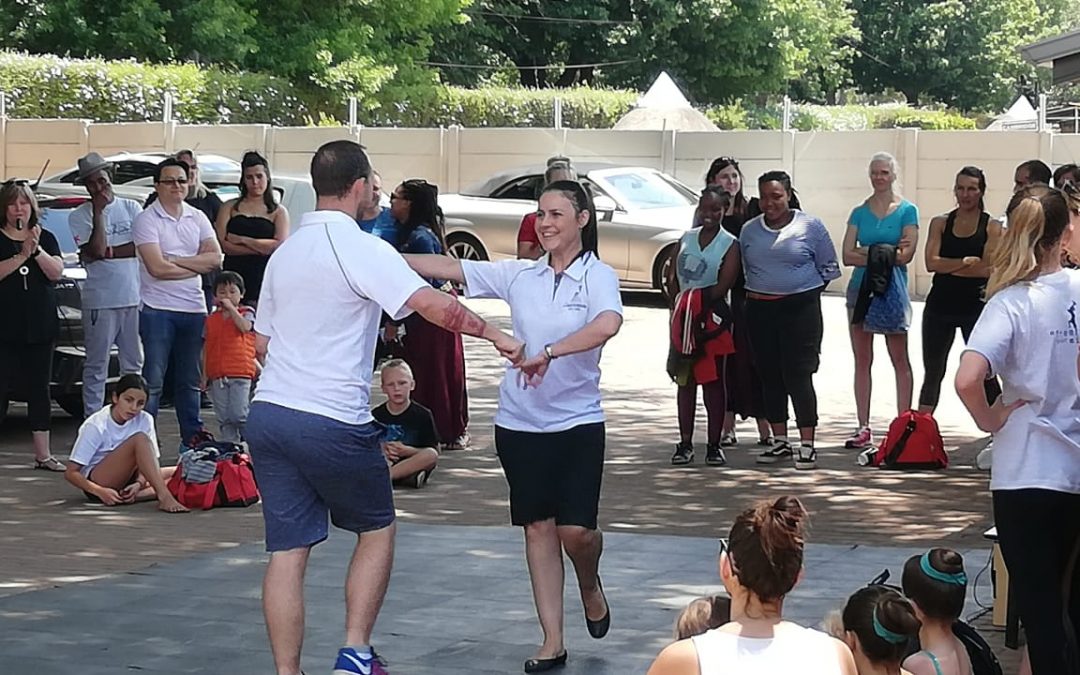 If you’ve attended one of the many enjoyable dance socials at Dancemore Studios, you’ve probably joined in on a fun line dance led by Ryan. His engaging, energetic lead and compelling choreography always makes for a highlight of the evening.

Ryan’s love of dancing came from his mom, Maureen. When he and Candy were a young couple they decided to try Latin and Ballroom dancing with Maureen at Dancemore Studios. Shortly after they met Deon Esterhuizen, now also a teacher at Dancemore, and got into competitive dancing. They were all quickly hooked on dancing.

Ryan and Candy’s dedication and hard work enabled them to compete in both Latin and Ballroom style at the highest level both locally and internationally. They completed their SADTA Medal grade exams and represented South Africa at the British Open (Blackpool) and World Championships in 2010. They were finalists in all local competitions for Latin and Ballroom; winning both 10 dance and Ballroom sections in many competitions as well as South African championships.

Ryan’s instructing career started out with him assisting his mom with some classes. Seven years ago he started teaching fulltime when Dancemore Fourways opened.

He currently teaches the advanced line dance class and the intermediate and advanced group couples Latin and Ballroom class in Bedfordview on a Tuesday. He manages the Fourways branch and teaches private lessons there. Additionally, he handles all the corporate classes at functions.

He has a few favourite dances, but if he had to pick one Ballroom dance, it would be the Slow Waltz. He loves how the technique allows one to float around the dance floor with ease, stretch the body and lines to personify the feel of the waltz music. He also loves the Jive’s rhythm and energy and how the character of the dance can transport you into feeling like you’re in a movie, like Footloose or Saturday Night Fever.

Naturally, Ryan’s favourite dance partner is his wife, Candy, and he considers himself blessed to have two of the cutest kids in the world – his son, Blake, and daughter, Bailey. Outside of dancing, he enjoys scuba diving and soccer.

We use cookies to ensure that we give you the best experience on our website. If you continue to use this site we will assume that you are happy with it.Ok