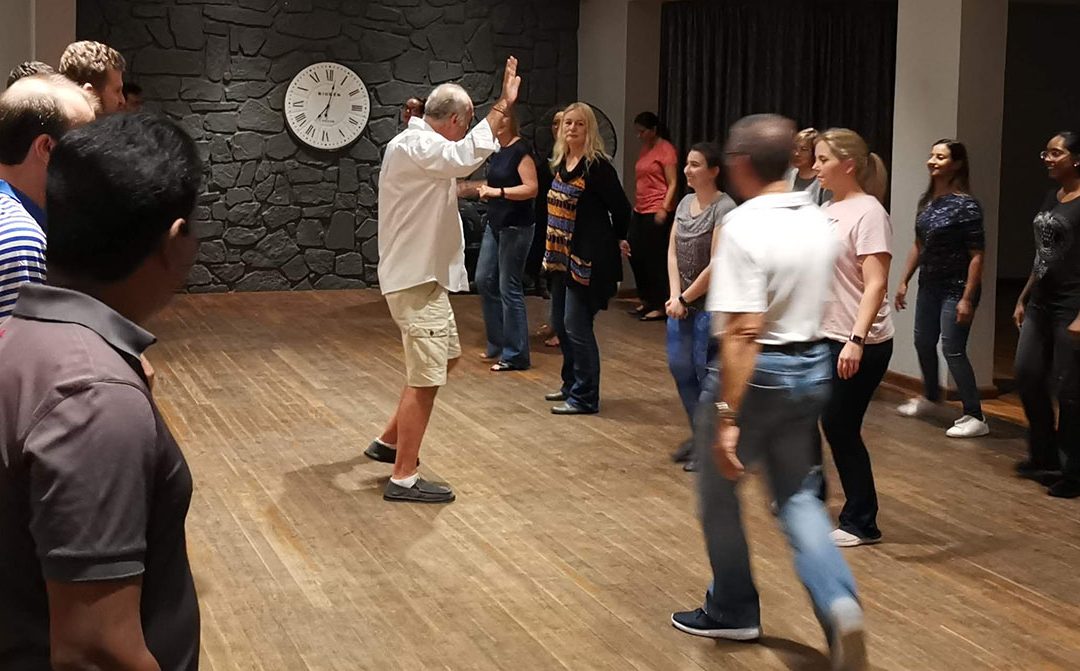 Jose Da Silva is the patriarch of the Dancemore family.

Jose has always been part of the Dancemore Dance Studio as the school was founded by his late wife, Maureen, almost 30 years ago. However, he was dancing even before he met Maureen.

As a young teenager, Jose attended socials at the Portuguese Club with his parents and their influence soon had him dancing. He quickly realised two things: he loved dancing and it impressed the girls!

Jose spent 35 years in the banking industry; with a couple of other things in between. He retired from banking, just before Maureen became ill, to take a more active role in the studio that she so loved and treasured.

He had always assisted Maureen with lessons and functions so it was a natural progression for him when he became more actively involved in teaching in 2010. This was around the time the school began to expand and opened a third studio in Edenvale.

Jose took on the responsibility of teaching at the Edenvale venue, whilst Maureen taught at the Bedfordview studio. At the time Dancemore had another venue at George Lee park in Sandton where both Jose and Maureen taught on Monday nights.

Besides teaching private lessons to individuals and couples, preparing for a wedding or special occasions, Jose teaches the beginner, beginner intermediates and intermediates group couples classes at both Bedfordview and the Fourways studios.

Dancemore adheres to the International Syllabus style in Ballroom and Latin American dancing so that’s what he and the other instructors teach.

If he’s pushed to choose a favourite dance, it would be the Argentine tango. The sophistication and romance of the dance appeal to him.

Jose believes that the tango is a dance that you love or hate. His experience is that most people starting to learn the tango will probably hate it and, only after a period of time, can one really access the beauty of this dance.

Maureen and Jose spent some time in Argentina and attended many lessons with top dance teachers and it was only, towards the end of their visit, that they began to grasp and enjoy the dance together.

When they returned to SA they continued to work on the dance, watch videos and really embrace the dance completely. They also brought out a top instructor from Argentina to do lessons with them and some Dancemore students.

Jose has two sons. His son, Nick, lives in California and is a visual effects artist and Ryan is an instructor at Dancemore. Jose has five grandchildren – four boys and one girl. By his own admission, he is a sports fanatic, his favourites being soccer, rugby and tennis. Besides dancing, Jose hits the gym three times a week for a good hour’s workout.